The Public Works Department provides the critical services of snow and ice control throughout the winter months in Winnetka. They are committed to keeping the streets clear and traffic moving and strive to provide the most efficient and thorough snow removal possible so that drivers are safe traveling the streets.

Plowing activities typically begin in Winnetka with snow accumulations of about 2 inches on the streets and sidewalks.

As there are a limited number of plows and drivers, Public Works assigns routes to give priority to the main routes, such as Hibbard Road, Green Bay Road, and Sheridan Road. These routes receive much of the traffic in the Village and must be kept clear for traffic safety and emergency access. Minor streets receive next priority. Cul-de-sacs and alleys are addressed last.

Public sidewalks are usually plowed after snowfalls of 3 to 4 inches or more, in tandem with the streets, unless the demands of clearing the streets take precedence. With approximately 4,000 driveways in the Village, crews do not clear residential driveways and do not return to clear the end of the driveway after plows have passed. 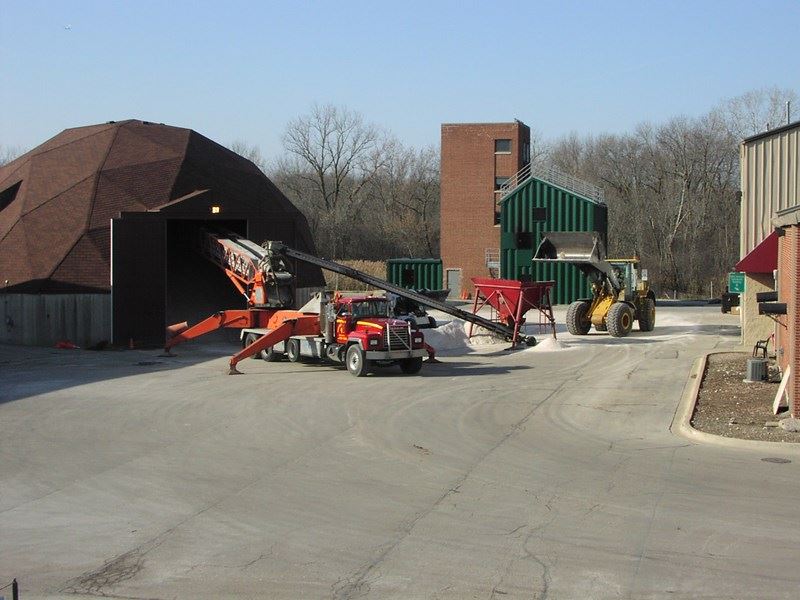 The Village uses salt in combination with plowing on main roadways. However, in order to reduce costs and be friendlier to the environment, the Village limits salt usage in residential areas to intersections and to those locations where traffic is the heaviest or there are inclines.

Salt is generally less effective at very low temperatures and so a combination of salt, sand, and liquid calcium chloride may be spread during these periods to maintain traction. The Village will also apply liquid salt brine before certain snow and ice events as an anti-icing measure. Pre-applying liquid salt brine reduces snow and ice buildup on roads, and reduces the amount of solid rock salt that must be spread for any given event.

It has been a common practice for many snow removal companies to push snow from one property, across public streets, and onto the parkway on the opposing side of the street. This process often leaves ridges of snow on previously cleared streets that create traffic hazards. Additionally, the deposited snow is often a nuisance to the "receiving" properties because of potential property damage and reduced sight lines from their driveways.

As such, the Village is requesting that property owners communicate with their private snow plow operators and direct them to deposit snow on the Village’s parkway that is located immediately adjacent to and on the same side of street as the property from which the snow is being removed. Please see the following diagram for a visual guide: 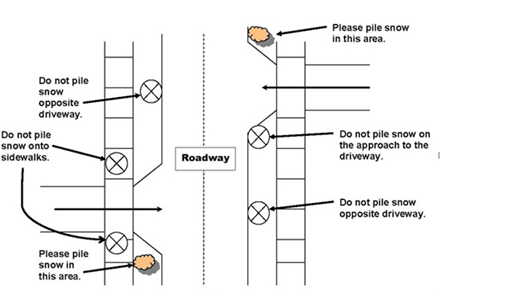