A thunderstorm is considered severe if it produces hail at least 1 inch in diameter or has wind gusts of at least 58 miles per hour. Every thunderstorm produces lightning, which kills more people each year than tornadoes or hurricanes. Heavy rain from thunderstorms can cause flash flooding, and high winds can damage homes and blow down trees and utility poles, causing widespread power outages.

Severe weather has been reported by spotters or indicated by radar. Warnings indicate imminent danger to life and property. If someone has been struck by lightning, call 911 immediately.

A tornado watch means that conditions are right for a tornado. Always stay tuned to a radio or television for further developments during a tornado watch period. A tornado warning means the National Weather Service has sighted or detected a tornado on radar. Take cover immediately. Tornadoes strike fast-often within minutes.

If there is a tornado warning, the Illinois Emergency Management Agency suggests: 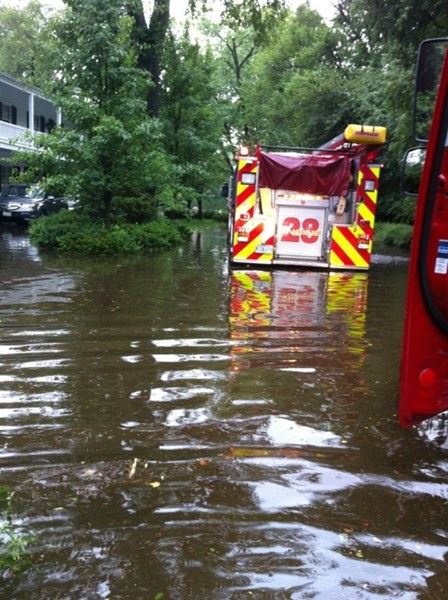 Each year, according to the National Weather Service, more deaths occur due to flooding than from any other severe weather related hazard. The main reason is people underestimate the force and power of water. More than half of all flood-related deaths result from vehicles being swept downstream. Of these deaths, many are preventable.

If Flooding occurs, the Illinois Department of Public Health recommends the following: