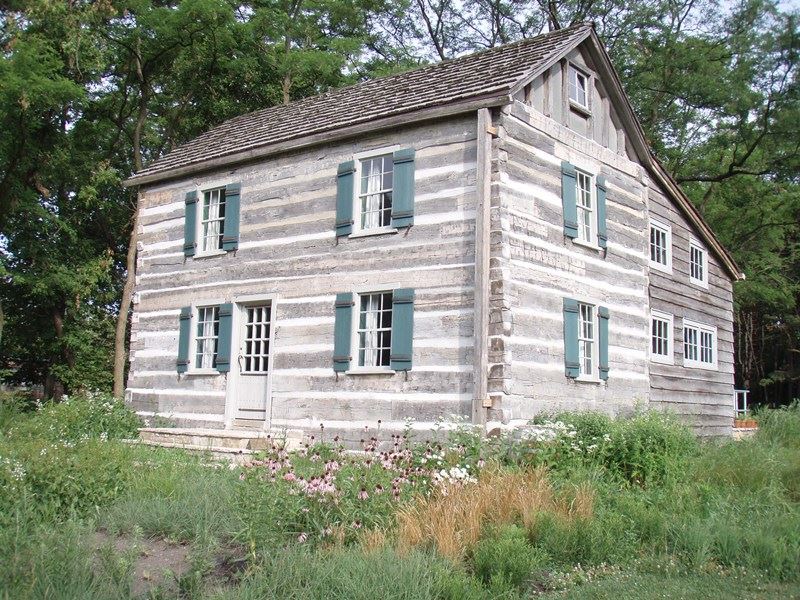 In 1836 the Erastus Patterson family arrived in Winnetka via ox-drawn wagon after a journey from Woodstock, Vermont. Near the Green Bay Trail on a bluff overlooking Lake Michigan, somewhat east of the present Christ Church on Sheridan Road, the Pattersons built a log tavern to provide food and shelter to travelers. In 1847, John and Susannah Garland and their eight children bought the tavern, which they enlarged. They also built a saw mill, a red brick house for themselves and eventually, Winnetka’s first church-on the Christ Church site in 1869.

About 100 people lived in the area when New Trier Township, named after Trier, Germany (the original home of many of the area’s settlers), was organized in 1850. Shortly after and anticipating the construction of the railroad, Chicago pioneer Charles Peck and his friend Walter Gurnee, president of the newly formed Chicago and Milwaukee Railroad’s train service in 1854 assured Winnetka’s suburban future, as the railroad became the major force in the development of the North Shore.

Often called the "founders of Winnetka," Charles and Sarah Peck built a large house northwest of Elm and Maple Streets. Sarah Peck, who named Winnetka after a Native American phrase thought to mean "beautiful land," organized the Village’s first school, a private one, in 1856. Charles Peck encouraged the planting of donated elms along Elm Street. In 1869, the Pecks donated the Village Green (also known as the Village Common) to the community. Reflecting the public spirit of its donors, the Village Green remains something of a spiritual center for Winnetka, as well as a meeting place for residents and host to many Village celebrations.

Although it may have looked like a farming community, mid-1850s Winnetka lay only five miles north of Evanston’s Northwestern University-one of the few seats of higher learning in Illinois. Winnetka’s early residents, many from New England, were well-educated, highly religious, and reform-minded. Reflecting the values of the time, the Village’s charter, granted by the state in 1869, banned the public consumption and sale of alcohol, while enforcing the planting and protection of shade trees.

The photograph shows Gage Street and linden Streets (Hubbard Woods Business District), in addition to Meyers and Co. Real Estate and Hubbard Woods Pharmacy. Judging by some of the picture’s details, this appears to have been taken in the 1960’s. A visitor today would be viewing the southeast corner of the intersection from the northwest corner. 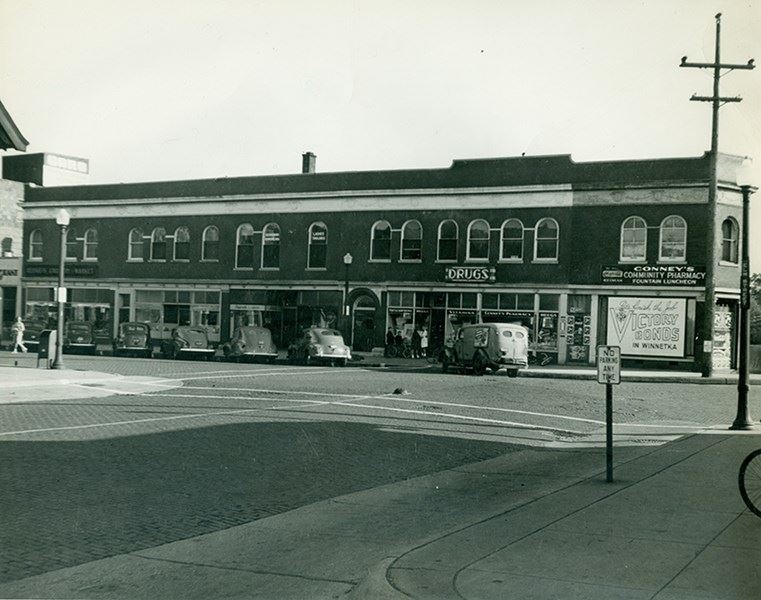 This is a photograph of Conney’s Pharmacy taken around 1945 at its 738 Elm Street location. At the time, Conney’s featured a soda foundation and lunch counter.

The group of 21 men in front of the Post Office building is believed to be from the 1940s. It is either the post office at 710 Elm Street or the one at 552 Chestnut Street. 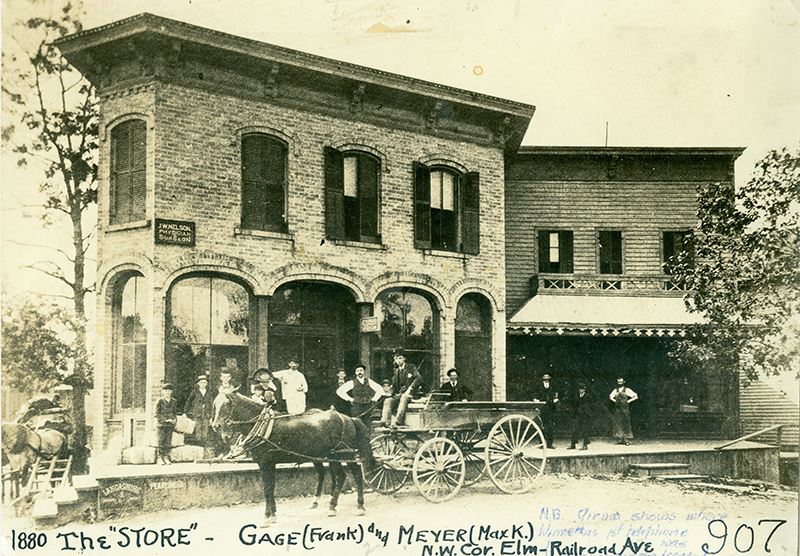 The photography depicts Dr. James W Nelson’s carte-de-visite to the Meyer building. Dr. Nelson had an office on the second floor. The picture was taken in 1880 at the northwest corner of Elm Street. 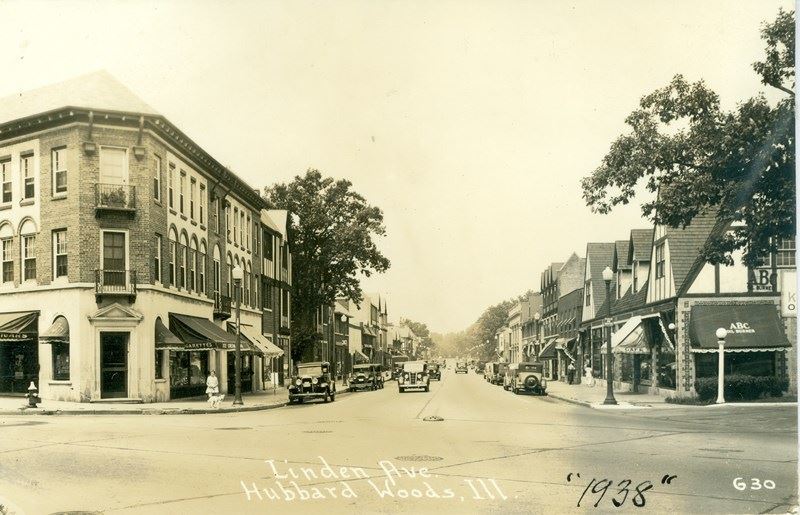 Though today Winnetka is a small town compared to many, in terms of land size and population, it has always been a bustling community.